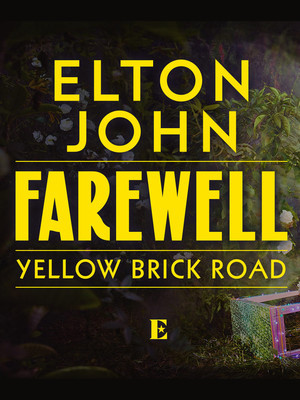 After nearly 50 years in the 'biz, Sir Elton John has announced his final tour before he retires, giving the world one last chance to catch the pop legend live. Singer, composer and pianist and activist, Elton John has sold over 300 million records and has over 50 Top 40 hits, making him one of the most successful musicians of all time. Don't miss out on this once in a lifetime experience!

During his mammoth career he has won everything it's possible to win: An Oscar, a Golden Globe, a Tony, six Grammys. He's co-written the soundtrack for one of the world's most beloved animated movie (The Lion King) and the score for a West End and Broadway phenomenon (Billy Elliott) and his spectacular Las Vegas residency The Million Dollar Piano has spent the better part of a decade hosting packed out audiences eager to catch a glimpse. The list of his classic tracks goes on and on: 'Rocketman', 'Daniel', 'Crocodile Rock', 'Candle in the Wind', 'Your Song', 'Goodbye Yellow Brick Road', 'I Guess That's Why They Call It the Blues'...

Citing his family as the reason for his unprecedented retirement, this world-wide tour will last three years, promising it will be 'the most produced, fantastic show I've ever done, it will be a wonderful way to thank people'.

Elton played for almost 3hrs straight and was incredible. Ended the... more

Had the time of my life, the greatest Mother's day gift Elton. Put on... more

Sound good to you? Share this page on social media and let your friends know about Elton John at Chesapeake Energy Arena.