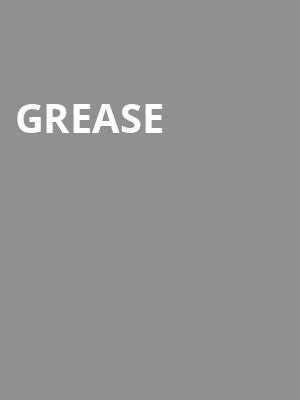 Take a trip to a simpler time of poodle skirts, drive-ins, and T-birds. Bad boy Danny and the girl next door Sandy fall in love all over again to the tune of your favorite songs.

GREASE IS THE WORD!

Don't miss your local production of the hydromatic favorite!

One of the most popular musicals of all time comes to town! Written by Jim Jacobs and Warren Casey, this Brylcreem-heavy show charts the ups and downs of teenage couple Danny and Sandy as they navigate the social politics of 1950's Rydell High School. The score is packed with one hit number after another, including 'Beauty School Dropout,' 'Greased Lightnin',' 'We Go Together,' 'Born to Hand Jive,' and 'Summer Nights'.

The original Grease musical premiered on Broadway in 1972, where it was nominated for seven Tonys (it was the year of Follies, but it should have still won one of them!). Its reputation was of course sealed by its iconic silver screen adaptation that arrived six years later, starring the fresh-faced John Travolta and Olivia Newton-John, who were both on the cusp of superstardom.

Grease is suitable for audiences aged 10 and above.

Approx 2 hours and 15 minutes with one 15 minute intermission

Ok, let me start by saying that I did not expect the car to fly or for... more

A And D: “Disappointing”

Sandy and Danny were going through the motions but didn’t have chemistry.... more

Sound good to you? Share this page on social media and let your friends know about Grease at Thelma Gaylord Performing Arts Theatre.