Sorry! You missed Frost/Nixon at Lyric Theatre of Oklahoma 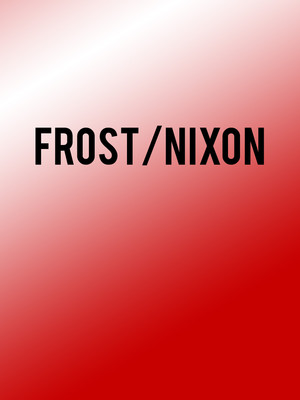 A slippery interrogation of accountability and truth and the way that our perceptions are influenced by media images.

In 1977, Richard Nixon sat down with David Frost for a series of interviews. It was former President Nixon's first attempt to restore his reputation following his resignation three years earlier, while Frost was desperate to save a flagging broadcasting career. Over the course of 12 recording sessions, the two men engage in a battle of wills and wits that builds to the final topic of discussion: Watergate.

Peter Morgan's enthralling Frost/Nixon recreates the most famous exchanges from the interviews but also shows us what happened behind-the-scenes, when the cameras weren't rolling. This Lyric Theatre production stars Matthew Alvin Brown and D. Lance Marsh and is directed by Michael Baron

Seen Frost/Nixon? Loved it? Hated it?

Sound good to you? Share this page on social media and let your friends know about Frost/Nixon at Lyric Theatre of Oklahoma.