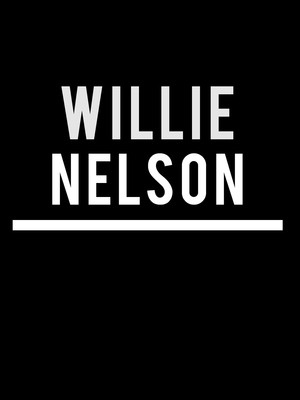 It's clear the man who wrote Patsy Cline's "Crazy" 50-some years ago has lost neither verve nor cojones.

THE country LEGEND CONTINUES To tour

One of American music's true icons, Willie Nelson was a pioneer of 'outlaw country', a rootsy, bluegrass-infused style of Country music that flew in the face of the slick, over-produced songs dominating the radio in the 1970s. Don't miss your chance to see this living legend live on tour!

The critical success of the album Shotgun Willie (1973), combined with the critical and commercial success of Red Headed Stranger (1975) and Stardust (1978), has made Nelson one of the most recognized artists in country music. His latest release, 2017's God's Problem Child, met with universal acclaim from the critics and showcased Willie's grizzled vocals over beautifully produced, dusky blues.

"Had a wonderful time, enjoyed all the music and interaction with the crowd,... more

Sound good to you? Share this page on social media and let your friends know about Willie Nelson at Riverwind Casino.